Menu
Make a commitment to your hands: Get started from just $7.99/month today! Register Now. 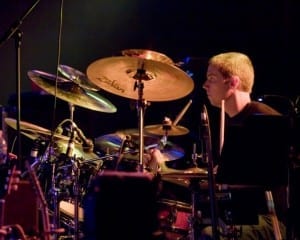 Hitting consistent rimshots can be a challenge, a quieter rimshots even more so since there’s less inertia to push the head down & “bottom out” just right to the rim.

Aside from snare drum height and angle, there’s a lot to be said for setting up the drum itself in a way that’s conducive to playing consistent rimshots. I personally don’t have any die cast hoops on my snares or even 2.3mm triple flanged, I instead set them up with the thin & chincy 1.6 mm triple flange hoops so there’s more natural flex and give which helps with rimshot consistency (especially at low volumes/velocity of stroke). I also don’t crank the heads too much since I want some give there as well. I go just as tight as necessary to articulate diddles pretty well in the center of the head. I also use bigger sticks in the studio to get more inertia into the drum on every shot for consistency. Imagine trying to hit consistent shots at piano with 7A’s on a drum with a die cast hoop over a cranked head, I’m going for the opposite of that.
Technique-wise a Moeller whipping stroke with a very loose grip will help out a lot with hitting consistent rimshots. Since you don’t need any finger control to hit a shot there’s no real need for a “fulcrum”, so just lightly hold the stick back in the second finger. I also recommend not “hitting” the drum as much as letting the stick hit the drum on its own. That way there’s virtually no shock taken to the body and it sounds more natural.

For more info on the the way to approach your stroke for a rimshot, check out my Moeller Whip Backbeat Blog